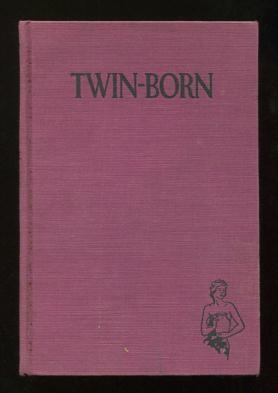 [solid copy, light discoloration to cloth along front joint, small ink stain on rear cover]. Twin brothers, sons of English gentry, are separated by novelistic contrivance, er, I mean, circumstances (a shipwreck, how original!), at the age of sixteen. Brother Arthur, "thrown amongst savage races," on an island somewhere off the coast of British Somaliland, "[loses] touch with civilization" but develops into a mighty warrior/hunter and eventually goes in for a bit of piracy; meanwhile, Brother Alfred is educated at Oxford, and despite being the melancholy and ascetic type (who suffers from an "over-strained mentality"), somehow manages to head up an expedition to find his long-possibly-lost brother. This leads to a reunion, and the contrast between their savage-vs.-civilized personal development is played off against their romantic relationships with a couple of women who are also radically different from one another. A contemporary reviewer sniffed that the book was "not quite so wild and puerile as the Tarzan yarns." The author (a woman, by the way) churned out dozens of books between 1897 and 1936, many of them romantic adventure tales set in exotic locales.