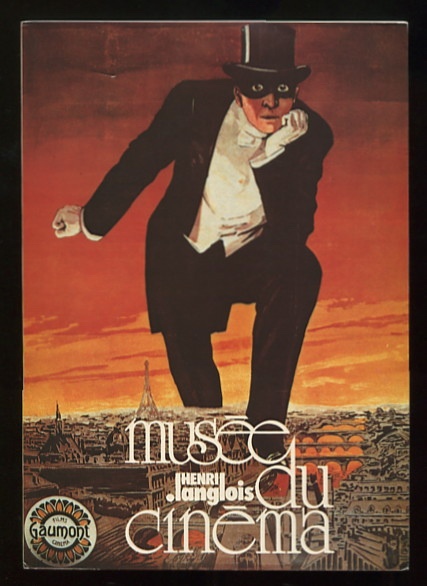 [bottom right corner moderately bumped, very slight corner crease at upper right corner of front cover]. Trade PB (B&W and color photographs) Extensively-illustrated guide to the numerous treasures gathered (some would say hoarded) by Henri Langlois (1914-1977) during his long and sometimes controversial tenure as director of the Cinémathèque Française, which he had co-founded with Georges Franju and Jean Mitry in 1936. The text, entirely in French, contains: an introduction by his longtime colleague, the German-French film critic, historian and archivist Lotte Eisner; an article about Langlois by Glenn Myrent and Georges-Patrick Langlois; and two articles by Langlois himself, "300 années de cinématographie" and "60 ans d'Art Cinématographique." The photograph of Langlois on the rear cover is by Henri Cartier-Bresson.