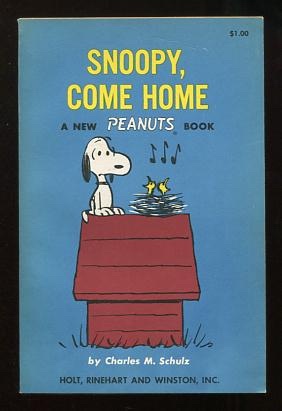 [nice copy with just a touch of wear at base of spine, light browning to page edges as typical with these books]. Trade PB (cartoons) The 13th "Peanuts" book (the second to highlight Snoopy), this volume predated by several years Snoopy's ascendance to cartoon superstardom, which began with the marvelous embodiment in the Peanuts animated TV specials (the first two of which appeared in December 1965 and June 1966). By the end of 1966, with the appearance of Schulz's 'novel' 'Snoopy and the Red Baron', the pooch had made the leap from ensemble player (Charlie Brown's eccentric dog) to major pop-culture (and marketing) icon.