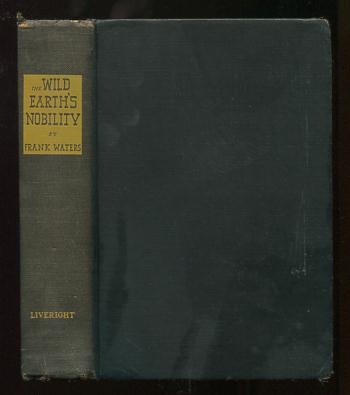 The Wild Earth's Nobility; a novel of the Old West

(no dust jacket) [solid but shelfworn reading copy, bumping to most corners and spine ends, cloth slightly frayed at several corners and at top of spine, spine cloth a bit faded, light dampstaing to front cover]. The author's second novel, a family saga set during the Colorado mining boom, which began in the 1870s and extending into the early years of the 20th century. The reviewer for the New York Times claimed it was "the first modern, realistic novel .... to deal with one of the fantastic true stories of American expansion, one which is a legend in his family." Eventually, the saga was continued in two more books, the three now collectively known as the "Pikes Peak Trilogy."

Title: The Wild Earth's Nobility; a novel of the Old West

The Wild Earth's Nobility; a novel of the Old West