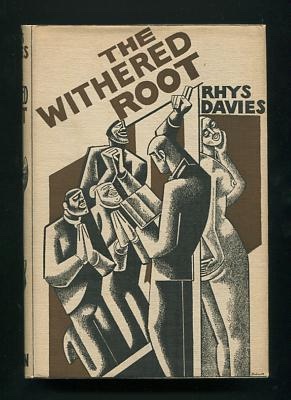 [nice solid book, minor dust-soiling to top of text block; jacket just a touch darkened at spine]. This somewhat neglected Welsh author's first novel, "a portrayal, once touching and sardonic, of a Welsh religious 'revival.'," in which the "primitive emotional natures of a bleak mining valley in South Wales catch fire from the mystical passion of the young collier Reuben Daniels, whose lyrical eloquence sustains the shouting multitudes in their orgiastic devotions." Think "How Green Was My Valley" meets "Elmer Gantry," the latter published in America the same year. The Davies book is set in an earlier time, circa 1905, when a "religious convulsion" was sweeping through Wales, but in searching for a stylistic comparison one modern-day critic looked not to Sinclair Lewis but to a much later figure, likening the occasionally hallucinatory prose of the novel to the writings of Hunter S. Thompson.