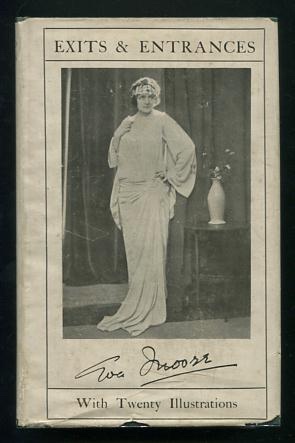 [light shelfwear, foxing/spotting to edges of text block; jacket soiled, shallow chipping at spine extremities and along bottom of front panel]. (B&W photographic plates) Theatrical memoir by an English actress whose career stretched from the 1880s to the 1940s. She was married to the actor/playwright Henry V. Esmond from 1891 until his death in 1922; they appeared together in more than a dozen plays, and one of their children was Jill Esmond, actress and first wife of Laurence Olivier. In conjunction with her stage career, Eva Moore was also active in the women's suffrage movement (to which Chapter VII of this book is devoted), and from 1920 she appeared in supporting roles in numerous films, most memorably THE OLD DARK HOUSE (in which she portrayed the creepy religious fanatic "Rebecca Femm," sister of Ernest Thesiger's Saul Femm).