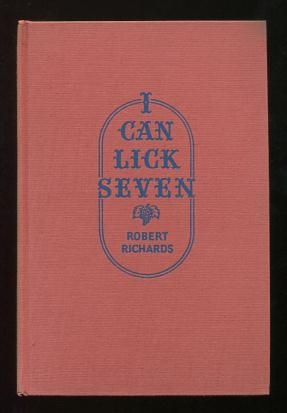 I Can Lick Seven

(no dust jacket) [nice clean book with minimal shelfwear, solid binding]. Novel set in post-Civil War Mississippi, centered on an ex-soldier's difficulties in coping with the drab and depressing realities of life in the defeated South. Despite having lost an arm in the war, he hopes to win the affections of his brother's widow (said brother having been killed at Gettysburg), but the lady's rejection of him (in favor of a Yankee, no less!) just increases his loneliness and frustration. So what's a depressed ex-Johnny Reb to do, to assuage his self-doubts and reassert his manhood? Join the Ku Klux Klan, of course!

Title: I Can Lick Seven

I Can Lick Seven