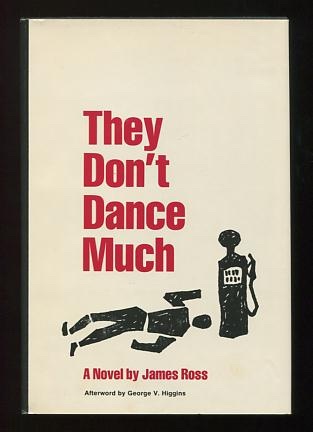 They Don't Dance Much

[nice clean copy with no discernibile wear, just a touch of foxing to top of text block; jacket has a tiny scuffed spot near the base of the spine, otherwise flawless]. (Lost American Fiction) Series Hard-boiled post-Depression novel (the author's first and last) about a penniless young North Carolina farmer who loses his land for non-payment of taxes, and is forced to take a job working for a former schoolmate -- the colorfully named Smut Mulligan -- who operates a rough-and-tumble roadhouse near the state line with South Carolina. Raymond Chander praised it as "a sleazy, corrupt but completely believable story," and another admirer was George V. Higgins, whose afterword enhances this edition. Higgins actually goes so far as to declare Ross "bolder than either" Chandler or Dashiell Hammett, in terms of both language and character, describing Ross's Tarheel lowlifes as "very hard characters, lean, mean, and reeking of purposive, corrupt, amorality."

Title: They Don't Dance Much

They Don't Dance Much