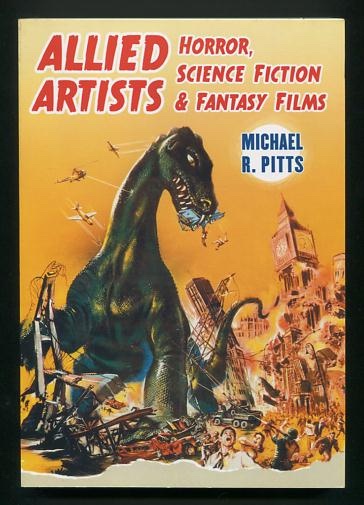 [nice clean as-new book, with no discernible wear]. Trade PB (B&W photographs, poster reproductions) An alphabetical guide to the more than 80 feature films in the stated genre that were released by Allied Artists Pictures Corporation between 1952 and 1977, plus 22 more (including the immortal cheapie THE LITTLE SHOP OF HORRORS) that were made by other companies but distributed for TV by Allied Artists. Included for each film are basic production credits, full cast credits, a plot synopsis, and a critical analysis. Among the films discussed are: INVASION OF THE BODY SNATCHERS; HOUSE ON HAUNTED HILL; FRANKENSTEIN MEETS THE SPACE MONSTER; QUEEN OF OUTER SPACE; ATTACK OF THE CRAB MONSTERS; DAY OF THE TRIFFIDS; THE BLOB; and many more.