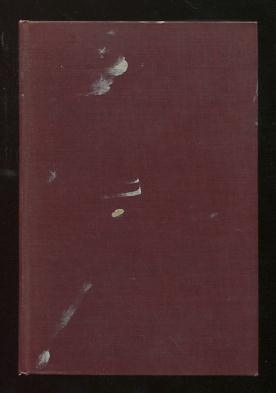 (no dust jacket) [a good solid copy with only light wear, but unfortunately some dimwit, years ago, picked the book up after daubing his or her fingers in white paint, leaving several white finger-smudges on the front cover and spine, and some additional white paint stains along the edge of the rear cover; small bookseller's rubber-stamp on front pastedown (Bertrand Smith's Book Store, Long Beach, Calif.)]. Not nearly as kinky as its title might suggest, this is an English novel, set largely in London and dealing with "the post-war clash of the generations," which The Observer's critic opined was "no novelty, but [is handled] with ultra-modern finesse." The focus is largely on the romantic lives of two young women, Joan and Laura. This was apparently the author's first novel, and I've been unable to find any evidence that she ever wrote a second. Perhaps she was one of those Bright Young Things.