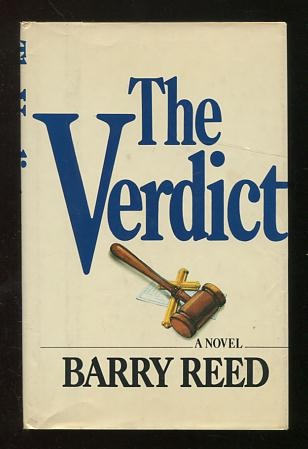 [minimal shelfwear, spine very slightly turned, a nice clean book; front panel of jacket shows some light indentation marks (from where someone apparently used it as a writing tablet) and also a couple of horizontal razor cuts (surface only), and there's a short diagonal crease at the bottom of the front flap]. Novel about a "cynical, philandering, hard-drinking and thoroughly likable" attorney, living "on the brink of disaster," who gets a chance for a last hurrah when he takes on a malpractice suit against the largest Catholic hospital in the country. The basis for the 1982 movie of the same name, which provided a plum role for the beautifully-middle-aged Paul Newman, earning him his sixth Best Actor Academy Award nomination; despite considerable buzz at the time for the much-nominated-but-still-non-winner, he lost out to Ben Kingsley (for "Gandhi") and had to wait until his seventh chance to take home his first Oscar (for "The Color of Money").