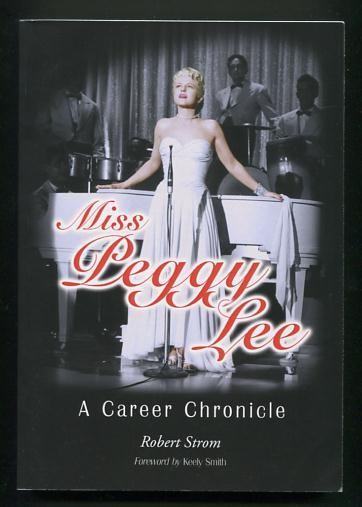 [very slight dog-earing to a couple of cover corners, soft diagonal crease in lower section of rear cover, bumped at top rear cover at spine]. Trade PB (B&W photographs) SIGNED by the author (signature only) on the half-title page. "From her birth on May 26, 1920, to her final recording on August 26, 1995, to the New Yorker's obituary from February of 2002, this chronological record covers every moment of [Peggy Lee's] professional life. Detailed entries describe recordings (both albums and songs), radio and television appearances, her work in films, and her songwriting efforts, drawing from interviews with Lee and others, nightclub and concert reviews, and a wealth of other sources. Appendices list CD releases of Lee's recordings and the songs she composed." Signed by Author