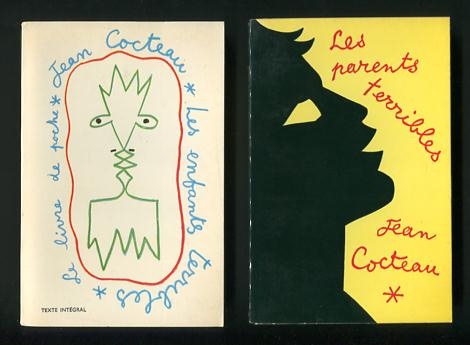 [lovely books, clean and tight, virtually as-new with just the teensiest bit of external wear; spines uncreased]. (Le Livre de Poche, nos. 399 and 128) Series Mass Market PB French paperback editions of Cocteau's 1929 novel ("Enfants") and 1938 play ("Parents"). The latter was filmed by Cocteau himself in 1948, and a 1950 film version of "Enfants" was directed by Jean-Pierre Melville. Sold as a pair only; because both these copies were purchased from the same estate, and are both in such lovely condition, it would be a shame to separate them.