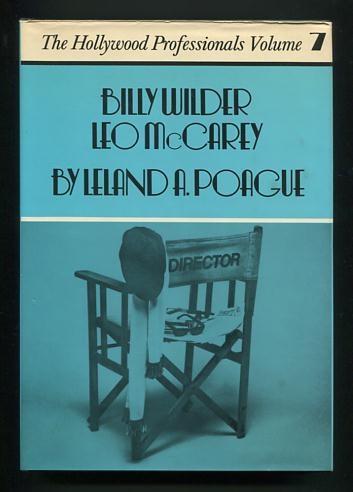 (price-clipped) [a clean, attractive copy, with just a touch of wear to both book and jacket]. (The Hollywood Professionals, Volume 7) Series (B&W photographs) Critical discussions and filmographies on two major American film directors. The final entry in this series, it follows the pattern of combining one much-scrutinized and biographied director with another who remains rather overlooked -- there are several dozen books about Wilder, while it would be another 25 years after this before the appearance of another book about McCarey, and to my knowledge there are still just the two (at least in English).