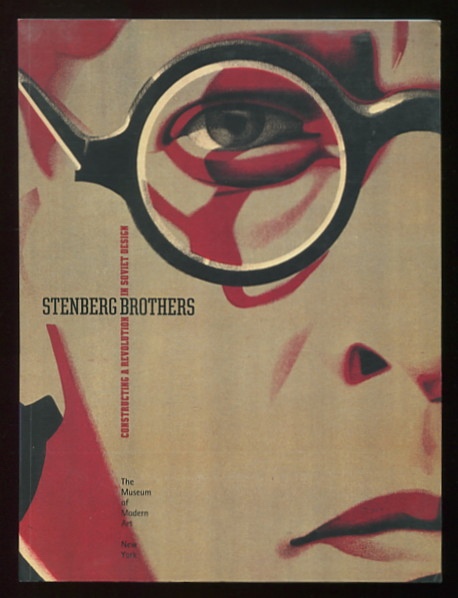 By: Mount, Christopher, with an essay by Peter Kenez

[just a tiny bit of dog-earing to corners of front cover]. Trade PB (B&W photos, color poster reproductions) Survey of the work of Vladimir and Georgii Stenberg, issued in conjunction with the 1997 MoMA exhibition of the same title. The brothers, were "seminal figures in the history of twentieth-century graphic design [whose] achievements include designs for theatrical sets and costumes, books, interiors, and buildings, [although] it is their film posters that comprise their greatest contribution to the arts of [the 20th] century." This oversize softcover book is devoted primarily to their film posters, and includes beautiful full-page reproductions of approximately fifty examples of same, along with a handful of theatrical costume and set designs. Also includes a chronology of the brothers' lives and an essay, "Early Soviet Film Culture," by Peter Kenez.

Author: Mount, Christopher, with an essay by Peter Kenez