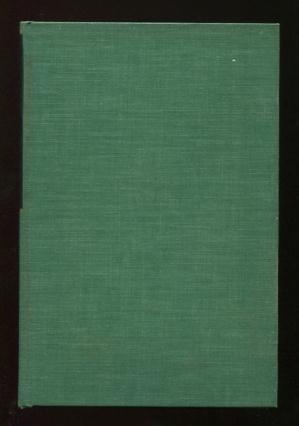 By: Fields, Joseph, and Jerome Chodorov; based on the stories by Ruth McKenney

(no dust jacket) [nice clean copy, light shelfwear, tiny nick in cloth at top front hinge]. (B&W photographs) Popular play about two sisters from Ohio who share an apartment in Greenwich Village. Originally a series of short stories published in The New Yorker (and collected in book form in 1938), the play went on to spawn two film versions (1942 and, as a musical, 1955 -- the latter co-written and directed by Richard Quine, who had played "Frank Lippencott" in the original Broadway production), a short-lived sitcom and the 1953 Broadway musical "Wonderful Town." (Rather oddly, the film and stage "musicalizations" were unrelated.) Foreword by George S. Kaufman. The dedication is to Eileen herself -- who, tragically, didn't live to witness any of this property's long multi-media life, having been killed in a car crash along with husband Nathanael West in December 1940.

Author: Fields, Joseph, and Jerome Chodorov; based on the stories by Ruth McKenney