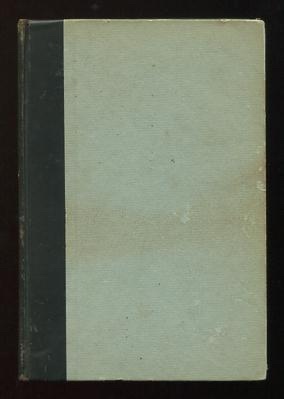 (no dust jacket) [moderately worn book, slight bumping at most corners but generally a good sound copy, some light soiling/discoloration to covers, one-time owner's signature in blue ink at top of ffep; binding is firm, text unmarked]. The second of only three plays written by Dos Passos, this New Playwrights' Theatre production limped through a four-week run in New York in early 1929. A drama about a labor organizer in an aircraft factory who is framed for murder and executed, it was judged by the New York Times critic to be "noisy, incoherent [and] undisciplined but at times -- especially in its second act -- extremely interesting and arresting." (Although he didn't care much for the "Greek chorus effect," which he felt "might be more intelligible if it actually were in Greek.") Dos Passos took one more stab at the theatre, with a 1934 effort called "Fortune Heights," which was apparently produced only in Chicago and Russia; and that was that for John Dos Passos, playwright.