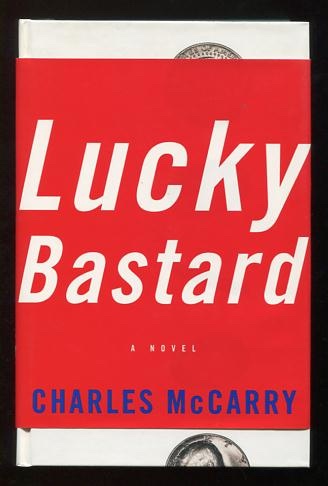 [nice clean copy, virtually as-new with no discernibile wear to book; jacket shows just a touch of surface rubbing on the rear panel (NOTE that the jacket, by design, is about 1-1/2" shorter than the book itself)]. "The suspenseful and hilarious story of a gifted politician with dangerous friends and a zipper problem," who also "has good reason to believe he is the illegitimate son of JFK. His goal is the same as that of any Kennedy: to reclaim the presidency....and enjoy as many women as possible along the way." This highly-regarded author is an ex-CIA agent who has achieved a significant following in two fictional genres -- spy fiction (the "Paul Christopher" series) and novels of political intrigue. His work has been praised by the likes of Eric Ambler and Richard Condon, and compared (favorably) by critics to that of Ian Fleming, John Le Carré and even William Faulkner. As one critic (Morton Marcus) has remarked, his spy novels "create a fictive world as convincing and inclusive as Faulkner's microcosmic Yoknapatawpha County. His concerns are similar to Faulkner's, and his characterization and style alone place him beyond the claustrophobic categorizing of genre literature. [He is also] beyond Le Carré in vision and purpose and is producing some of the best, most readable and provocative literature today." Somewhat mysteriously, his works never seem to have sold particularly well -- and hence, have tended to go out of print rather quickly.