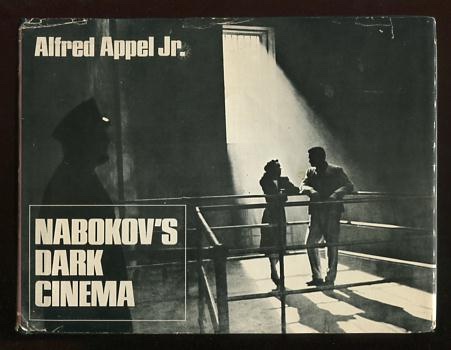 [nice clean copy with minimal wear, slight bumping at a couple of corners, minor scuffing to boards; jacket has a handful of tiny edge tears with some associated short creasing, a little paper loss at top of spine and surrounding base of spine]. (B&W photographs) In this wide-ranging criticval work, "drawing on personal conversations with Nabokov, whom he has known for twenty years, and illustrating his argument with a wealth of brilliantly chosen photographs, Appel shows how Nabokov's writings are thoroughly steeped in film; that film has in fact become for Nabokov a whole mythology, a mental landscape almost as tangible as the landscape and architecture of his physical surroundings." A substantial part of the book is devoted to "Lolita," both the novel itself (including how Nabokov prepared himself for its writing) and the 1962 Stanley Kubrick film adaptation, for which Nabokov collaborated on the screenplay. In discussing all this, the author also touches on the work of numerous other writers (among them Nathanael West, James Joyce, Manuel Puig and Thomas Pynchon), and "discusses such topics as movie-inspired role-playing, documentary photography, the phenomenon of the child star, the effect of the comic strip on contemporary fictino, and voyeuristic games in film and literature."