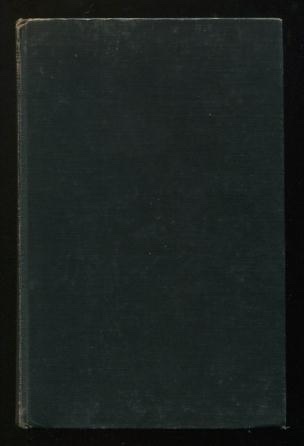 (no dust jacket) [moderately worn book, uneven fading to black cloth on rear cover, light bumping and very slight fraying to bottom corners and spine extremities (upper and lower), a little discoloration to pastedowns, silver spine lettering a bit rubbed; both flaps of the original dust jacket are laid in]. First-person reportage from the depths of the Great Depression. The author spent eighteen months traveling around the country, gauging "the temper of the American people under the blessings of the New Deal." To that end, he "talked to people -- to dirt farmers and cattlemen on the drought-stricken prairies, to coal miners in Pennsylvania and Illinois, to share-croppers in the South, to steel workers, [etc.] -- to the men and women who carry on the work of America. He talked as well to lawyers, doctors, dentists, and engineers; to members of Chambers of Commerce of city and town administrations; to radicals, union men, labor leaders, bankers, manufacturers, storekeepers -- to everyone, in fact, who could be persuaded to talk simply and frankly about his own problems and about the situation of the country as it appears to the average man."