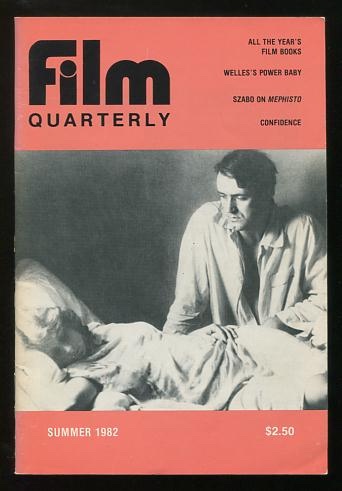 [minor wear to front cover]. (B&W photographs) The primary feature of this issue is their annual round-up of the year's film books, with reviews or informative annotations on almost 100 books. Also in this issue: an interview with the renowned Hungarian filmmaker István Szabó; two articles, "Power and Dis-Integration in the Films of Orson Welles" by Beverle Houston, and "Harvard Film Studies: A Review" by Brian Henderson; and a review of Szabó's film CONFIDENCE (1980). (We have numerous other issues of this and other film-related periodicals that are not listed online; please inquire if you have particular needs or wants.)