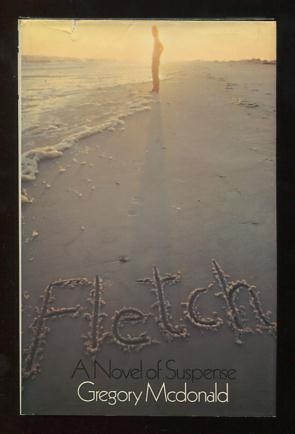 [light wear to spine extremities only; jacket has a couple of short closed tears at top of front panel, otherwise clean and attractive]. INSCRIBED warmly and SIGNED by the author on the ffep, with an additional inscription beneath by Michael Ritchie, director of the 1985 film version, which starred Chevy Chase. The author's second book and the inaugural volume in his popular "Fletch" series, which would eventually include nine books. Only one additional movie was made (FLETCH LIVES, released in 1989, also directed by Ritchie and starring Chase), after which what might have become a franchise has pretty much been in Development Hell since then. (Mcdonald himself, who died in 2008, had originally optioned the books with the condition that he have the power to veto the casting choices.) Laid in to this copy of the book are three pieces of related ephemera: (1) a print-out of a 2005 email exchange between Mcdonald and the book's inscribee, making reference to recent developments in the attempt to mount another film; (2) a Variety ad from 1977, announcing the original optioning of the book by Hollywood; and (3) a postcard from the author to the inscribee, with the entire message being the URL of Mcdonald's website. Signed by Author

Title: Fletch [*SIGNED* by the author and the director of the film version]