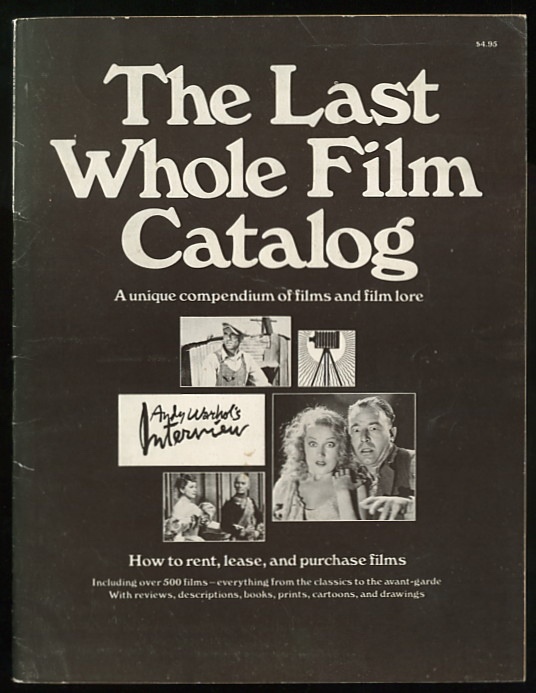 [generally a good sound copy, with moderate surface wear to covers, a few horizontal stress lines adjacent to spine, miscellaneous soft finger-creasing in front cover]. Trade PB (photographs, graphics) "A unique compendium of films and film lore," trumpets the cover blurb, and I suppose in some ways it is -- but mostly it was a clever marketing ploy by Films Incorporated (then one of the country's leading distributors of 16mm films for educational, non-profit, and home use) to hawk their own product. This oversize paperback apes the appearance and format of the popular proto-New Age publication "The Whole Earth Catalog," and presents short blurbs (and lease/rental/purchase information) on "over 500 films -- everything from the classics to the avant-garde," as well as entries for a number of books on various aspects of film culture, movie trivia quizzes, etc. AND they got people to pay $4.95 (the cover price) for it!