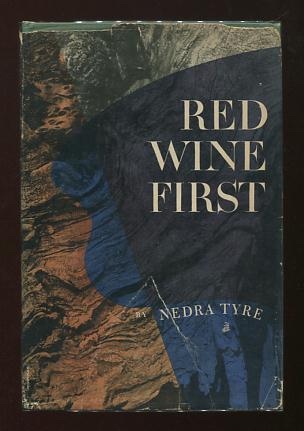 [modest shelfwear to top and bottom edges, old gift inscription (non-authorial) on front pastedown; jacket has some shallow chipping along top edge, split halfway up from bottom along front flapfold, various small nicks and closed tears]. The first book by this Georgia-born author, who worked at various times as a social worker, library assistant, clerk-typist, teacher, advertising copywriter, and book reviewer. She was later to gain a minor reputation as a mystery novelist, with six novels and dozens of short stories (mostly published in Ellery Queen's Mystery Magazine and similar digest pulps) to her credit. Her entry in "Twentieth Century Crime and Mystery Writers" notes the affinity and empathy she exhibited throughout her fiction to disadvantaged and socially isolated people, particularly elderly women, and ascribes it to her experiences as a social worker -- but from what's known of her life, it seems like she could just as well have seen herself in that class as well. (Critic Christopher Fowler, writing in The Independent in 2014, sketched this portrait of her: "She read avidly, stored books in her oven, and would only eat in restaurants with linen napkins. She lived austerely, took care of a sick mother, travelled alone and liked teddy bears" -- also noting that she had "abandoned writing after becoming completely deaf, and concentrated on charity work.") This particular book, which predates all her other published writing by about five years, both stands apart from it and yet is all of a piece with it -- it's "unclassifiable," per the publisher's blurb, "not a novel, not a book of short stories. It contains 26 chapters, each the autobiographical sketch of a human being, as he or she tells his story is his own words to a case worker." The author provides only the briefest sociological overlay, noting in a half-page introductory note that "the people in this book talk to someone called a case worker. Their confidence has been respected and they cannot be identified." (Note that she all but removes herself from the equation, too: although we learn from the author-bio jacket copy that the author "has been employed as a social worker since October 1939," she makes absolutely no attempt to position herself as the specific receptor for any of these narratives.) The book just plunges straight ahead with its 26 tales of "love and hate and human dignity and of the anguish caused when minds and hearts and bodies go unfed."