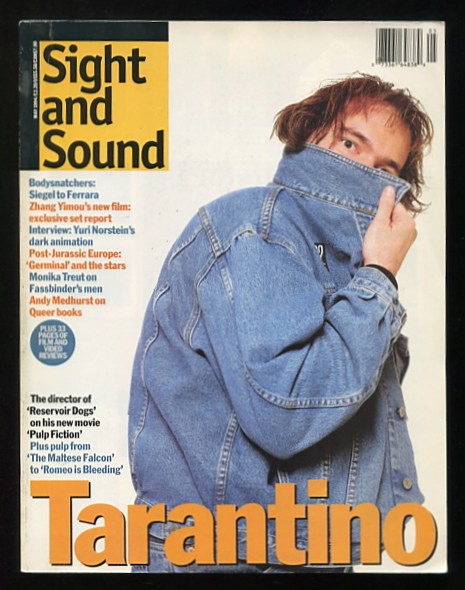 [clean copy, light handling wear, slight curl to front cover along right edge]. (B&W & color photographs, ads) Features of this issue include: an article on "pulp movies," by Manohla Dargis; an article by Quentin Tarantino about the conception and production of his then-new movie PULP FICTION; an article about the relationship of music and politics to the films of Nicholas Ray; an on-the-set report about the making of Zhang Yimou's LIFETIMES; an interview with animator Yuri Norstein; an article about the star system in the French film industry, with particular focus on Gerard Depardieu; an article about Claude Berri, with particular focus on his new film GERMINAL; a look at the multiple screen versions of INVASION OF THE BODY SNATCHERS (by Don Siegel, Philip Kaufman, and Abel Ferrara). Also: reviews and detailed credits for 29 feature films and five TV films. (We have numerous other issues of this and other film-related periodicals that are not listed online; please inquire if you have particular needs or wants.)