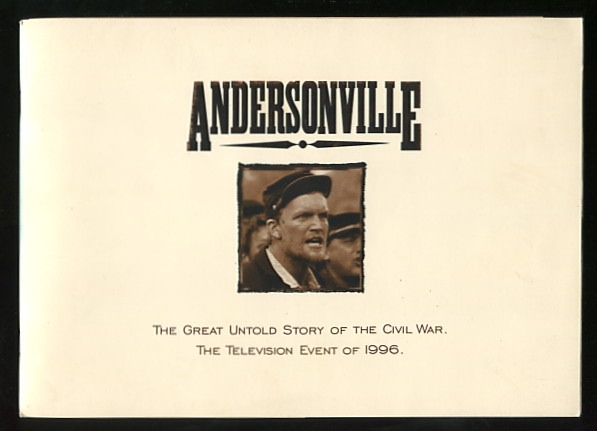 [the teensiest bit of surface wear on front cover, otherwise as new]. (color photographs) Souvenir program book for the "TNT Original" made-for-TV Civil War drama about the notorious Confederate prisoner-of-war camp in southwestern Georgia. The production (a pet project of company head Ted Turner) was mounted on a massive scale, including the building of a replica of the original camp on location and the employment of up to 4,000 extras; reviews of the film were mixed, although it got high marks for its historical verisimilitude. It's also considered one of the better entries in director John Frankenheimer's late-career resurgence; laid in to this copy is the program sheet for "An Evening with John Frankenheimer" that was held at the Directors Guild of America around the time of the film's premiere.