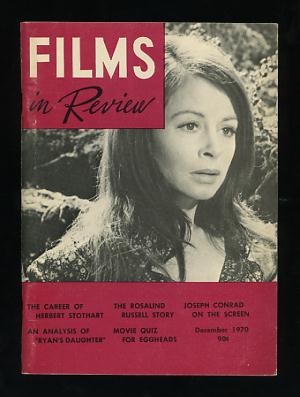 [just a touch of scuffing along left edge of front cover]. (B&W photographs) In this issue: career articles on Rosalind Russell and composer Herbert Stothart; an article about film adaptations based on the works of Joseph Conrad; a brief discussion (in the "Films on TV" column) of the career of director Peter Yates; a long letter from a reader about Louis Armstrong, with a list of his film appearances. New films reviewed include RYAN'S DAUGHTER, CROMWELL and SCROOGE.