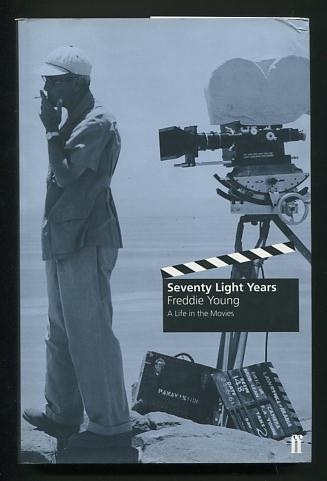 By: Young, Freddie, as told to Peter Busby

[nice as-new copy, no discernible wear to book; jacket has just a tiny bit of wrinkling at the top right corner of the front panel]. (B&W photographs) Posthumously-published autobiography of the great British cinematographer, who began his work in the film industry as a laboratory assistant in 1917 (at the age of fifteen) and went on to many outstanding cinematic achievements. His earliest credits as a cameraman were in 1928; he worked extensively in both Hollywood and England, but he will be best remembered for his later-career collaborations with David Lean, on LAWRENCE OF ARABIA, DOCTOR ZHIVAGO and RYAN'S DAUGHTER -- all three of which earned him Academy Awards.

Title: Seventy Light Years: A Life in the Movies