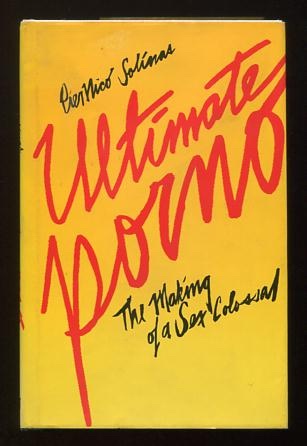 [no significant wear to book, just a teeny-tiny stain at the bottom right corner of the front cover; jacket slightly faded at spine, faint soiling to front panel]. Behind-the-scenes story of the production of the notorious Bob Guccione/ Penthouse feature CALIGULA, "by the young First Assistant Director who saw it all, did it all, and somehow lived to tell the tale. From the incredible start to the gory finish, from the shocking street scenes to the biggest orgies ever staged, it is the story of art surpassing reality. For in filming the story of Rome's most depraved Emperor who would do literally anything for thrills, the makers of CALIGULA created real scenes of horror, lust and depravity far exceeding anything the Roman Empire ever saw." Quite uncommon, this was apparently the only book ever issued by its publisher, and is of continuing interest as there are still people out there with the idea of "restoring" CALIGULA to reflect the original vision of its director, Tinto Brass.