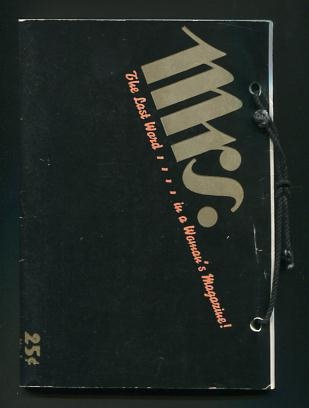 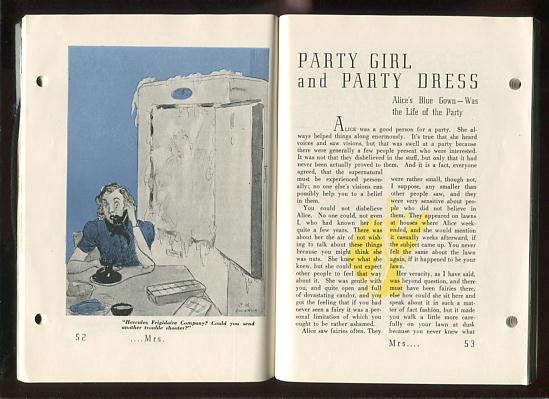 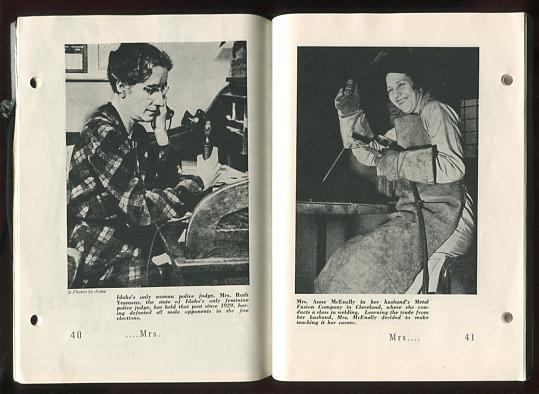 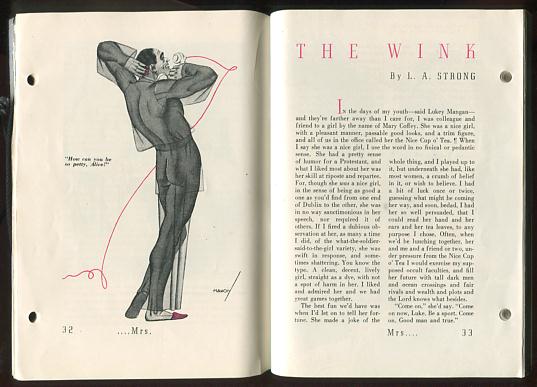 [minor edgewear to front cover, a touch of wear to corners of rear cover, slight dog-earing at punch-holes in front cover]. An interesting prototype issue (or so I assume) for a "Woman's Magazine," this is a Reader's Digest size publication containing articles, cartoons, photographs, and short stories, etc., obviously targeted for a female readership. But what females, exactly? The choice of title, and the general tenor of the thing, implies that they were after the married-lady marketplace, but editorially it seems to be all over the map. Some of the content is kind of vaguely proto-feminist ("Why Shouldn't Women Run the World?" asks the title of the lead article; "The Weaker Sex," an ironically-titled photo feature depicting women doing man's-domain-type work), but some of the gag cartoons, for example, don't seem too far off in tone and content from what you might find in "men's" publications: attractive ladies, sometimes scantily-clad, engaged in such gender-determined activities as shopping, annoying their husbands/boyfriends, being catty towards other women, etc. (The publication's salient design feature is that it's hole-punched and "bound" on the opening edge with a length of black twine -- the idea, I guess, being that it could be carried like a tiny little purse?) Unfortunately, there's no "editorial manifesto"-type statement to clue us in to what the publishers or the anonymous editors had in mind, ditto no masthead or other publication information other than a tiny copyright notice crediting Dell -- not even an optimistic "Issue no. 1" designation. Additionally weirdly, many of the pieces in the magazine -- both fiction and non-fiction -- aren't even credited to individual writers (one notable exception being Mrs. Heywood Broun, whose contribution, not surprisingly, is the husband-centric "I Married a By-Line"). Quite uncommon; OCLC records just five copies, all in American libraries, and each recording just this single issue.