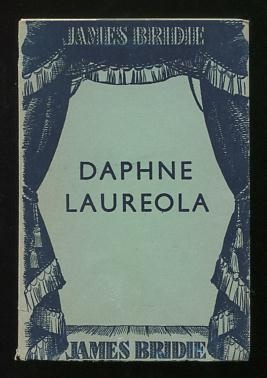 [light wear, about 1" of spine covering missin at top of spine, tiny tear at base of spine]. Comedy about a young Polish refugee's romantic infatuation with an aristocratic middle-aged English lady who happens to be inconveniently married to an octogenarian. The initial production of the play, at London's Old Vic in 1949, was a hit; it starred Edith Evans (to whom it is dedicated) and Peter Finch in his first role on the London stage (after more than 15 years acting in Australia). It was presented on Broadway (again with Evans, but sans Finch) the following year, but closed after a disappointing run of just 56 performances. It's been adapted for TV no fewer than four times, most recently (and notably) in 1978 by Granada TV, starring Joan Plowright and Laurence Olivier (who, just to bring things full circle, was the manager of the Old Vic at the time of its original production in 1949). It was a late-career play for Bridie, who died in early 1951.