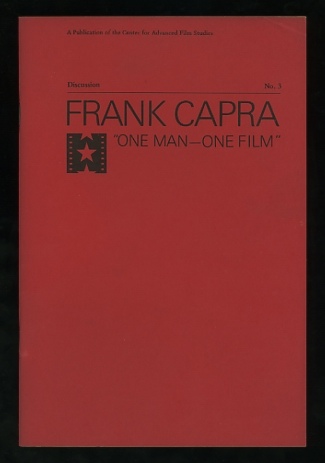 [very short diagonal crease to upper right-hand corner of front cover, otherwise a clean copy with no discernible wear]. (B&W photographs) Published transcript of Capra's seminar, held May 26, 1971, at the American Film Institute's Center for Advanced Film Study in Beverly Hills, augmented with a selected bibliography and brief (titles-only) filmography. This series of booklets (this one is 28 pages) was the precursor to what later became the "Dialogue on Film" series.