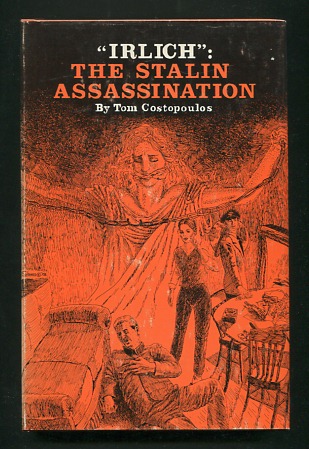 [top corners slightly bumped; jacket a bit rubbed, a little corner wear, no tears or chips]. "...a story of a young man brought up in a tumultuous era. ... At twenty- three, Western intelligence recuits him for a vital mission to Mt. Kwanmo, near the Russian border. While preparations are underway, he vanishes over Korea below the 38 parallel. In his disappearance, a chain of incredible, chilling events flare up across the continents of the Red world. Six months later, the night after Stalin is assassinated, he re-appears in Bulgaria as a top Soviet officer. He is now General Irlich and Stalin's heir, or is he? More devastating, did he kill Stalin? ... a serious, compelling story set in historic and tumultuous times."