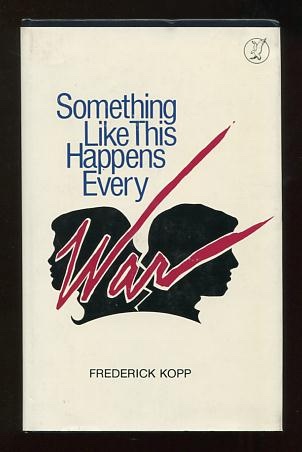 [clean + tight, some shelfwear to bottom of book, small dent in top edge of both covers; DJ faintly soiled, 1/4" hole along edge of rear panel]. "Jay Courtney, returning veteran, comes home from Vietnam to find that his beautiful wife has become his enemy; his home, the battlefield. Joe Biano, on the other hand, is welcomed back into his large and loving family, with hugs and kisses. Little does either man guess how powerful the anger and resentment against U.S. involvement in the war had become. It threatens to destroy the very fabric of their hopes and dreams."The author, whose first published novel this was, is described on the jacket as a "noted composer, arranger and conductor in motion pictures, television and the musical theatre." Uncommon.