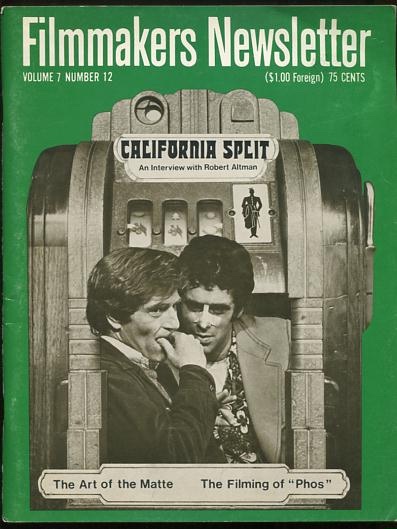 [minor wear to extremities, light rubbing to covers]. (B&W photographs, ads) This issue's highlights include: an interview with director Robert Altman about the making of his film CALIFORNIA SPLIT, with an additional sidebar interview entitled "An Altman Sampler," in which he speaks about other topics and films, notably M*A*S*H and IMAGES; an interview with Tony Frangakis about the making of his film PHOS, a 20-minute religious-themed drama shot entirely in Greece (with Greek actors and dialogue), although intended for American audiences; and a fairly lengthy interview with master matt...
View More... 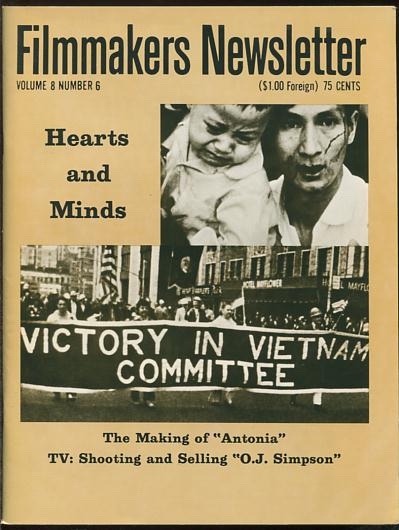 [nice clean copy, with minor wear at the bottom corners, slight wrinkling at left edge of rear cover]. (B&W photographs, ads) This issue's features are: an account of filming the documentary HARVEST in Ethiopia, by the filmmaker Elliot Davis; an interview with director Peter Davis about the making of his Vietnam War documentary HEARTS AND MINDS (which would go on to win the Oscar as the year's best documentary feature); two articles on the production of the TV special "Juice on the Loose," about O.J. Simpson (one of which, by co-producer Richard Rubinstein, goes into great detail abou...
View More...