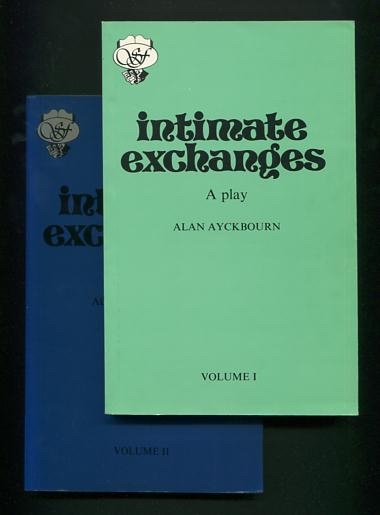 [just minor external wear to each of the two volumes; very clean inside and out]. Trade PB "A related series of plays totaling eight scripts, [representing] a fascinating, often hilarious, new concept in stage management and character development. The plays begin with a woman faced with a small, fairly trivial decision. Should she resist having the first cigarette of the day before 6 pm? On some nights her willpower is strong enough, on others it isn't. The two quite separate chains of events that result from her choice are published under Volume I and Volume II. In each, at the end o... View more info