Author:Benoit, Pierre (translated from the French by Florence and Victor Llona) 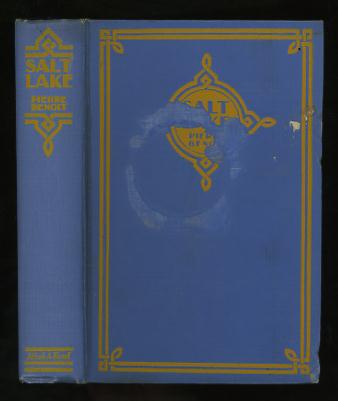 By: Benoit, Pierre (translated from the French by Florence and Victor Llona)

(no dust jacket) [solid enough book with binding intact, but should be considered a reading copy only due to external wear and bumping, an unsightly beverage-ring scar on the front cover (see scan), and internal tape repait to a page that had been ripped in half]. Uncommon novel, originally published in France in 1921. It's "historical fiction" in a sense, but as the New York Times described it in 1922, "it is not a history of Salt Lake City as occupied by the Mormons so much as the story of the mental and physical anguish of a young widow who is unsuspectingly drawn into marriage...
View More...