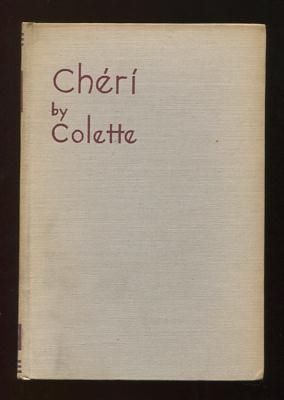 By: Colette (translated by Janet Flanner)

(no dust jacket) [light bumping to bottom corners, spine cloth a little sun-browned, overall a good solid clean copy; bookplate of longtime MGM writer/producer Carey Wilson on front pastedown]. (B&W illustrations) Originally published in France in 1920, this was the first of Colette's novels to appear in America, and it set off something of a vogue for her work, which lasted until roughly the mid-1930s. It's the story of a gigolo, which playwright-journalist Lewis Galantière called "a brilliant work of character portrayal, tragic in its implications, but on the surface a comedy in a gen...
View More...