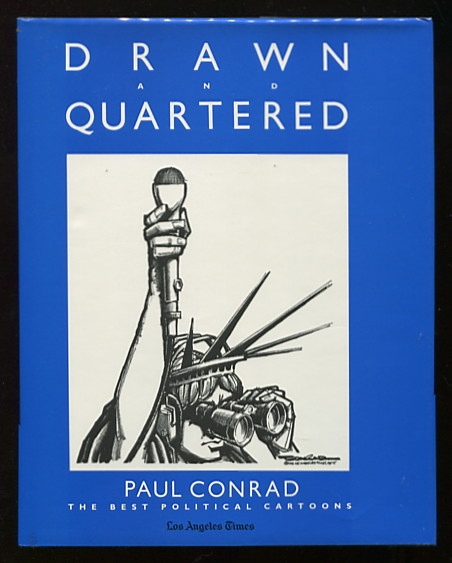 [book is flawless but for a thin vertical line (discoloration of some sort) running up the middle of the ffep; jacket a teensy bit scrunched at top front corner, minor surface wear; slipcase lightly scuffed but still in nice condition]. (cartoons) SIGNED boldly by Paul Conrad on the ffep. More than 240 examples of the work of one of the greatest political cartoonists. "Arranged in eight sections, covering everything from gun control to the Watergate scandal to President Reagan's misguided 1985 visit to the German cemetery at Bitburg, the cartoon are accompanied by Conrad's own one-line ca...
View More...