Author:Descola, Philippe (translated from the French by Janet Lloyd) 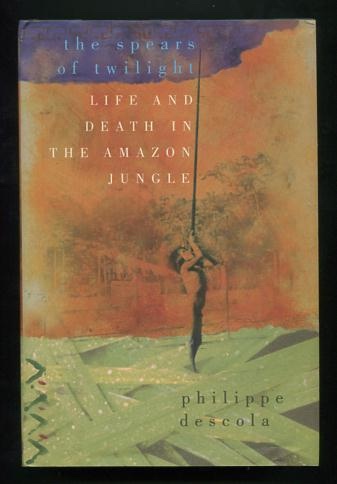 The Spears of Twilight: Life and Death in the Amazon Jungle

By: Descola, Philippe (translated from the French by Janet Lloyd)

[book is tight and clean, with no discernible wear; jacket shows a tiny bit of crinkling along top edge, some surface abrasion to rear panel]. (B&W photographs) "The extraordinary story of three years among the legendary Jivaro Indians of South America. Isolated in the jungle of the Upper Amazon on the border of Ecuador and Peru, the Achuar are a tribe of Jivaros whose reputation for headhunting has kept them safe for centuries from incursions by whites. [This book] is the story of Descola's years among them and a tribute to their resistance."
View More...