Author:Dior, Christian, as told to Élie Rabourdin and Alice Chavane 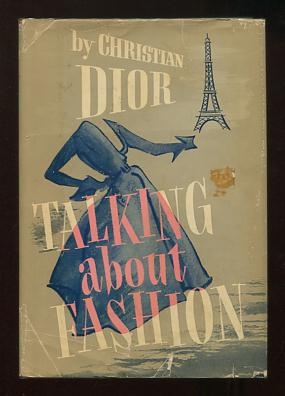 By: Dior, Christian, as told to Élie Rabourdin and Alice Chavane

[light shelfwear, generally a good sound book; jacket shows some wear along bottom edge, with a handful of small closed tears, 1.5" split at bottom front hinge, a bit of creasing here and there]. (B&W photographs) "The world's top fashion designer, Christian Dior, tells the story of his career from the time in the middle '30s when he first began to sell his drawings to the fashion editor of Figaro until the momentous day when he opened his own Paris salon in 1947 and became overnight an international figure by introducing the 'New Look' in women's fashions. Here is an absorbing pictu...
View More...