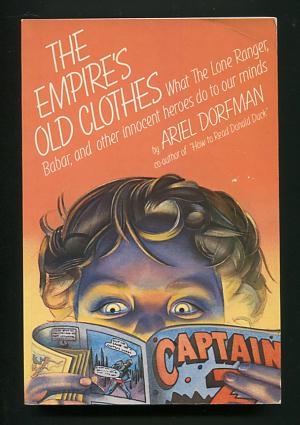 The Empire's Old Clothes: What the Lone Ranger, Babar, and Other Innocent Heroes Do to Our Minds

[short diagonal crease at top right-hand corner of front cover, otherwise just light handling wear; text is clean, binding solid]. Trade PB The author "explores the hidden political and social messages behind the smiling faces" that populate comic books and other forms of popular literature, and in doing so "provides a stunning map to the secret world inside the most successful cultural symbols of our time." This is "a book that will appeal to those who want to understand the connection between politics and culture, between Ronald Reagan and Mickey Mouse, between economic ...
View More... 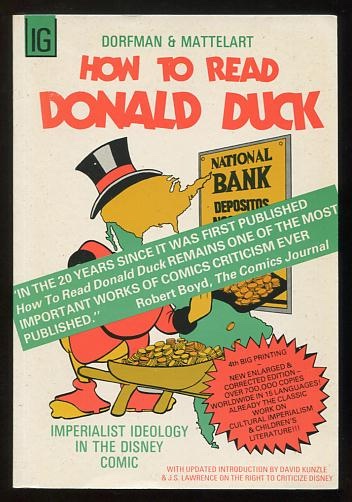 By: Dorfman, Ariel, and Armand Mattelart (translated by David Kunzle)

[light spotting and minor creasing to front cover]. Trade PB (B&W comic book reproductions) The classic Marxist interpretation of the comic books put out worldwide under the Disney brand, with a particular focus on the money-grubbing adventures of Uncle Scrooge, "the World's Richest Duck." Originally published in Chile in 1971, it was "banned and burned" as soon as the government of Salvador Allende was toppled in 1973. A randomly-sampled couple of observations from the text: (1) "The world of Disney is a nineteenth century orphanage. With this difference: there is no out...
View More...