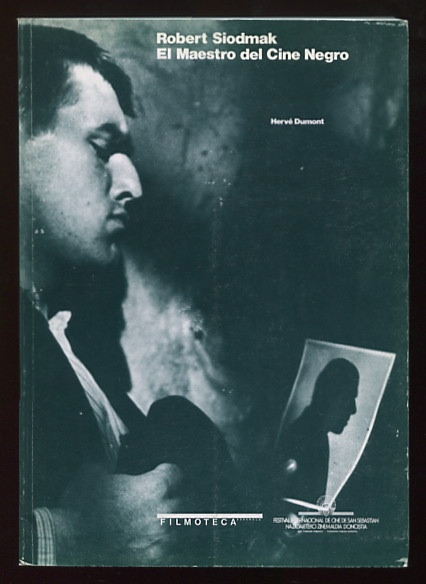 [moderate edge- and surface-wear to covers]. Trade PB (B&W photographs) Extensive survey of the career of film director Robert Siodmak, including his early work in Germany, the films he made in France ((1933-1939) after fleeing the Nazis, his Hollywood career from 1940-1952, and finally his return to Europe. It's his American films that stand out, especially his films noir (PHANTOM LADY, THE KILLERS, CRISS CROSS, and others). PLEASE NOTE that the text of this book is entirely in Spanish, and would appear to be a translation of a book first published in France in 1981, which has not to my kn... View more info