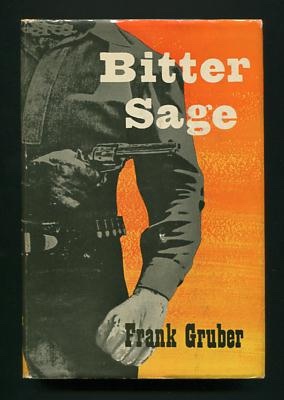 [one-time owner's signature at top of ffep, otherwise a nice clean book with just a touch of wear at base of spine; jacket shows a little edge- and surface-wear]. "Wes Trancred's name was known throughout the West -- and hated. For his was the gun that killed Sam Older who, legend had it, robbed from the rich to give to the poor. It didn't matter that the legend was false, that Tancred had killed in self-defence. He became the villain of story and ballad, and vowed never to touch a gun again." After going incognito for a time, he is "forced into gunplay and, hating himself for...
View More...