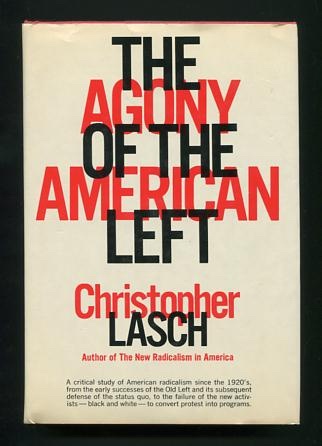 [a clean unblemished book with no discernible wear; jacket shows light surface wear, very minor wrinkling along top edge]. "A critical study of American radicalism since the 1920's, from the early successes of the Old Left and its subsequent defense of the status quo, to the failure of the new activists -- black and white -- to convert protest into programs." Lasch (1932-1994), an iconoclastic historian and social critic whose cultural conservatism was infused with ideas derived from Marxist economics and Freudian critical theory, won a National Book Award for his 1979 best-seller ... View more info