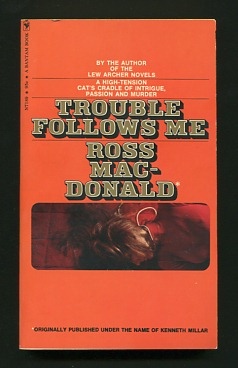 [nice tight copy, minimal edgewear, light rubbing to rear cover]. Mass Market PB The author's second novel (originally published under his real name, Kenneth Millar), in which a Navy Ensign (and ex-newspaperman) on leave tracks a spy ring from Hawaii to Detroit, where he also gets involved in investigating a black supremacist group known as "Black Israel"; the plot eventually winds up in California (San Diego and Tijuana).
View More... 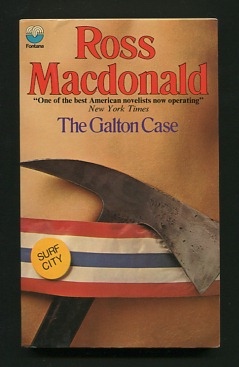 [minor edgewear, slight creasing to rear cover]. Mass Market PB Regarded as Millar/Macdonald's second breakthrough novel -- the first had been "The Moving Target," the first Lew Archer book -- the writing of this book followed a year the author spent in psychotherapy, which "freed him to confront his childhood" (per biographer Matthew Bruccoli) in this densely-plotted variation on the Oedipal theme, as Archer is hired to trace the long-lost son of a wealthy woman, which leads to his investigation of the family's dark and complicated history.
View More...