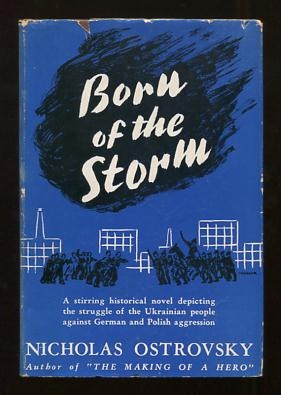 By: Ostrovsky, Nicholas [Nikolai] (translated from the Russian by Louise Luke Hiler)

[some light staining to fore-edge, otherwise a good solid book with minimal shelfwear; jacket sunned at spine, with some wear evident along the top edge along with a few tiny nicks and tears]. "A stirring historical novel depicting the struggle of the Ukranian people against German and Polish aggression." Ostrovsky became a Bolshevik party activist and soon joined the Red Army in 1918, when he was not yet 14 years old. Wounded and demobilized, he went on to suffer numerous health-related problems (having already contracted ankylosing spondylitis (a form of arthritis)), and by 1929 h...
View More...