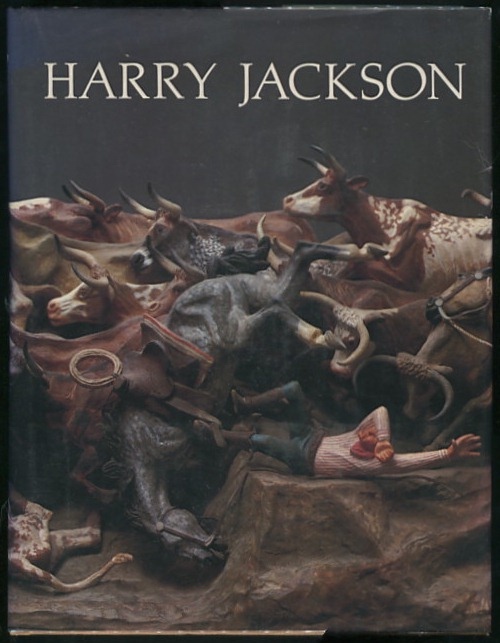 By: Pointer, Larry, and Donald Goddard

[minor shelfwear and light soiling to cloth at bottom edges of covers, no other significant wear; jacket shows only light rubbing, mostly to rear panel]. INSCRIBED and SIGNED by the book's subject, the noted Western painter and sculptor; the inscription is to film director George Sherman and his wife, and makes reference to "the 'Duke'" (John Wayne), who was directed by Sherman in eight "B" Westerns in the late 1930s -- immediately prior to his ascent to major stardom with STAGECOACH -- and one late-career effort (for both of them), BIG JAKE, in 1971. A lavishly-produced surv... View more info