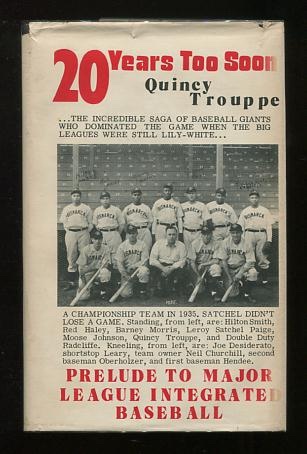 [light shelfwear, a bit of spotting to top edge of text block; jacket has a few tiny nicks and tears along the top edge and elsewhere, a touch of fading to spine]. (B&W photographs, facsimiles) Memoir by a baseball catcher, active as both a player and manager from 1931 through 1954, not only in the Negro Leagues in the U.S. but also in Mexico, Puerto Rico, Venezuela, Cuba, and Canada. Appearing on many Negro League all-star teams during his career, he was signed to a Major League contract (by the Cleveland Indians) near the end of his playing days, but spent most of his time with their Tripl... View more info