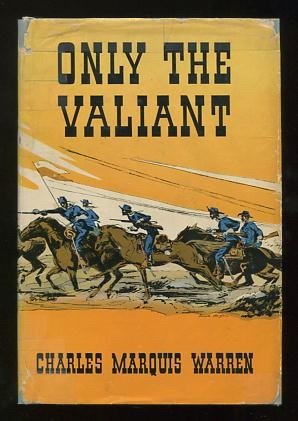 [moderately shelfworn, spine a bit turned, previous owner's signature at top of ffep; jacket is worn with bits of paper loss at most corners, and a previous owner has neatly but rather excessively repaired/reinforced the jacket with clear tape in numerous places]. First novel by a film and radio writer who later achieved great success in television (notably as producer/writer/director on "Gunsmoke" and "Rawhide"). The book, set in the Southwest during the 1870s, is centered around a small army post besieged by Apaches. Filmed in 1951 with Gregory Peck, who held it in rather lo...
View More...